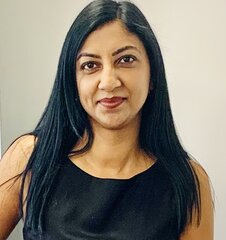 Shamika Dwarika joined PILA in February 2022 as the PILA Manager. She is from South African and has a wealth of experience in the non-profit sector, particularly in the pro bono field. She is an admitted attorney with Right of Appearance in the Magistrate and High Courts and holds a LLB degree from the University of Natal (Howard College) and an LLM degree (Business Law) from the University of KwaZulu Natal (Howard College) in South Africa. She is a trained facilitator, has a basic counselling qualification and is a certified Taxing Master in the Magistrate and High Courts of South Africa.

During the course of her career, Shamika has lectured and practiced in the commercial and non-profit sectors in various provinces in South Africa. In addition, she fulfilled the role of Registrar of the Labour Court: Durban in an acting capacity before being appointed as the Regional Director of ProBono.Org (Durban). She filled this role for over 7½ years before leaving South Africa to join PILA.